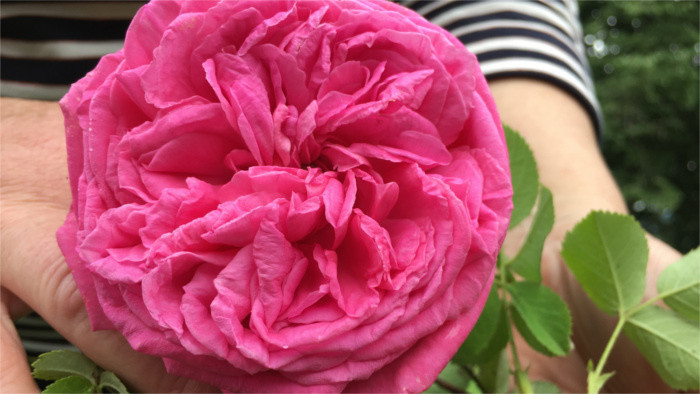 Gruss an Teplitz, Norldlandrose, and Zigauneknabe are just a few of the over 700 roses Rudolf Geschwind created while working as a forester in the now Slovak town of Krupina in the late 19th century. Today, collectors speak about a mere 130 cultivars that have been preserved. In this part of our series tracing the work of this significant rose breeder, we will present to you …. THE ROSES. 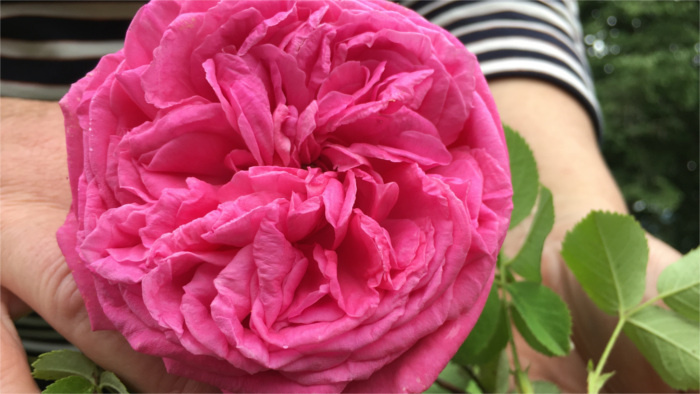 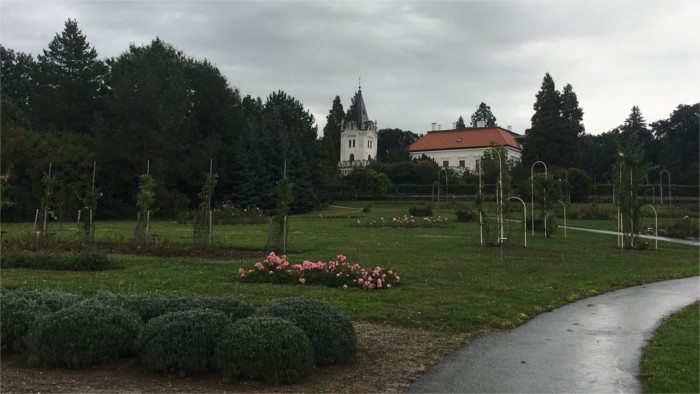 "Like any other roses, they need sun, air and room to grow naturally. Geschwind's cultivars indeed need a lot of space as they are shrubs up to 3 metres tall. " (Vladimír Ježovič) 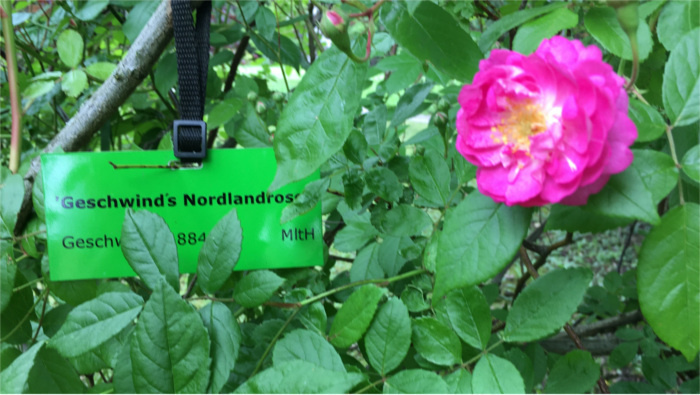 Jana Salátová is a garden designer who graduated from the Slovak University of Agriculture in Nitra. The main topic of her final thesis was Rudolf Geschwind as a major rose breeder in the territory of what is now Slovakia. 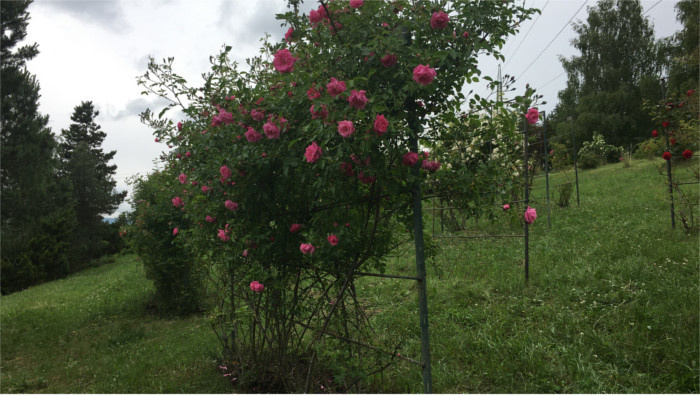 In natural conditions, these roses should be more hardy than new, modern hybrid teas. "His idea was to develop better varieties of rose for the quite difficult climate you have in Central Europe, " states Charles Quest Ritson, historian and author of The Royal Horticultural Society Encyclopedia of Roses. 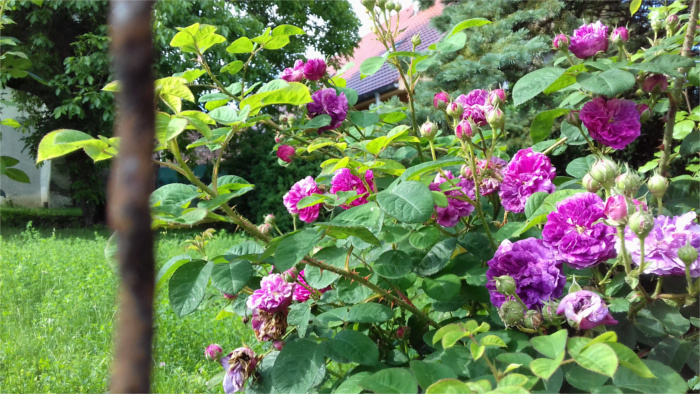 No old fashioned rose has such brilliant coloring as Gruss an Teplitz, writes Charles Quest Ritson, who described the Gruss an Teplitz in his Encyclopedia of roses. The flowers are bright scarlet crimson with white flecks on the inner petals… the flowers are cupped, loosely doubled and borne in clusters of 3-7.. When first introduced it was even more valued for its combination of floriferousness and hardiness. It was introduced to the World Federation of Rose Societies Old Rose Hall of Fame in 2000. 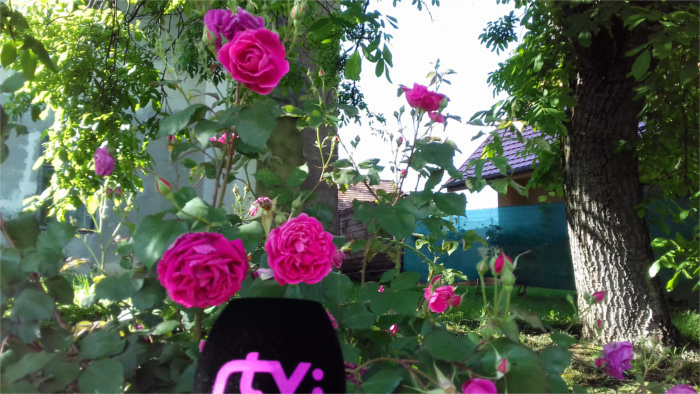