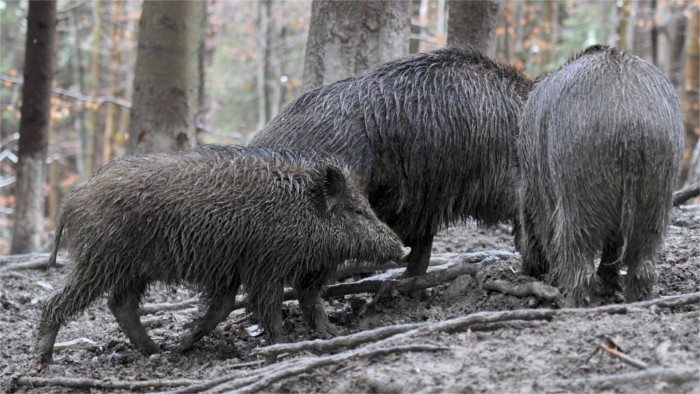 The situation regarding the African swine fever virus (ASFV) in Slovakia is severe, which is why the Agriculture Ministry will adopt robust measures. The Agriculture Minister Ján Mičovský (OĽaNO) stated this at a briefing on Wednesday, noting that tens of thousands of pigs are in danger. The ministry is asking hunters to meet their quotas for wild boar hunting, or even to exceed them. If the hunting of wild boars is not stepped up, the state will deploy the armed forces to deal with the high population of this animal, the minister warned.

General manager of the ministry's forestry and wood-processing department Michal Tomčík stated that the ministry would encourage hunters to switch up to higher gears, namely by doubling the financial reward for presenting kill samples. Conversely, should hunters let up and not meet their quotas, the ministry might fine or impose sanctions on them.

"At the same time, I call on those members of the public who rear pigs privately, and these holdings often aren't even registered, to carry out slaughters, but we don't intend to act like the police," stated Mičovský, adding that if anyone loses pigs to the swine fever, they will not receive any compensation. The ministry is also set to intensify checks and inspections of holdings and farms as well as the transport of these animals.

According to the State Veterinary and Food Administration head Jozef Bíreš, Slovakia is mainly under threat from Ukraine and Poland, from where the disease is closing in on the German and Czech borders in particular at an unbelievable speed. Bíreš, however noted that Hungary is also not safe and is causing the veterinary administration a lot of problems at the moment.

According to the Agriculture minister, Slovakia's self-sufficiency in pork production is very low, as it does not exceed 46 percent. Cases of the virus have already been registered in six districts in eastern and southern Slovakia.