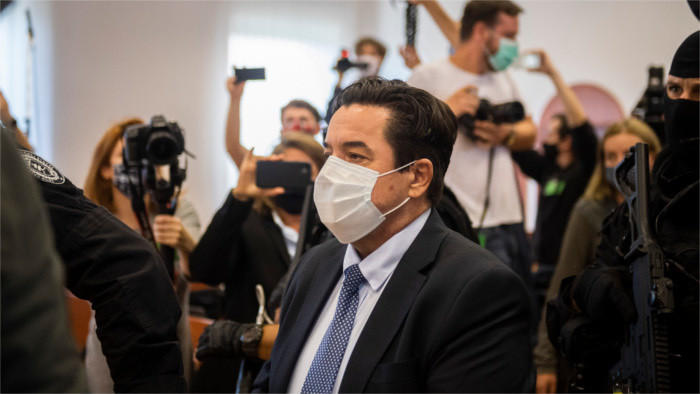 Due to a lack of evidence, controversial businessman Marián Kočner and Alena Zsuzsová were found not guilty in the case of the murders of investigative journalist Ján Kuciak and his fianceé Martina Kušnírová. Kočner was charged with ordering the murder, Zsuzsová of being the go-between. Moreover, Tomáš Szabó, charged with assisting in the murder, was sentenced to 25 years.

Thus, the senate of the Specialised Criminal Court did not identify who ordered the murder. Zlatica Kušnírová, the mother of the murdered Martina Kušnírová does not understand the court's decision and says that they will continue to fight.

"I am thinking of Ján and Martina's parents and I wish them a lot of strength in this difficult time. They, all of us, deserve to see the derivation of responsibility towards those who ordered and mediated the murder of their children, " wrote President Zuzana Čaputová in her reaction. She added that respects the verdict, adding that she is shocked and expects the search for justice to continue at the level of Supreme Court.

"In an environment of citizens' distrust of the police, the prosecutor's office and the courts in Slovakia, the verdict raises doubts about strong justice," reacted Investment Minister Veronika Remišová.

"We are witnessing legal tourism, if you can call it that," responds to the verdict journalist Marek Vagovič, who headed Ján Kuciak. He believes the situation will be reversed by the Supreme Court.

"The only way to achieve justice in democratic countries is to respect court decisions," wrote the pposition party Hlas-SD in its reaction.

Given the evidence obtained, the verdict is shocking, wrote the Denník N daily. "Two members of the Senate, Ivan Matel and Rastislav Stieranka, decided about Kočner and Zsuzsová, while the chairwoman of the Senate, Ružena Sabová, was against it," writes the daily citing its sources.

Miroslav Marček confessed to being the hitman earlier this year, and Zoltán Andruskó, charged with being a mediator, concluded a plea bargain with the Special Prosecutor.

Kuciak and Kušnírová were murdered on February 21, 2018 in their house in the village of Veľká Mača, Trnava Region. Subsequently, mass protests across Slovakia took place. In reaction to them, then Prime Minister Robert Fico stepped down and was subsequently replaced by Peter Pellegrini. Moreover, then Interior Minister Robert Kaliňák, head of Police Corps Tibor Gašpar and several other politicians and members of the police, left their posts.