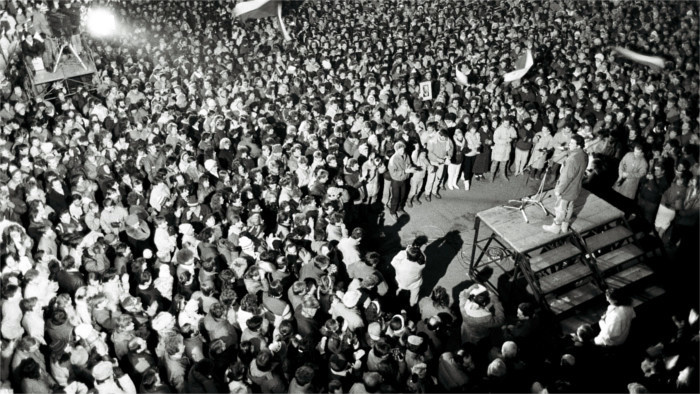 On Tuesday, Slovakia commemorates the 31 years since the start of the Velvet Revolution. However, the roots of the events track even deeper back into history.

On November 17, 1939, at the time of the Nazi occupation, hundreds of students were arrested in the then Protectorate of Bohemia and Moravia. Some of them ended in concentration camps, some were shot or sentenced to death. Subsequently, all universities in the Protectorate of Bohemia and Moravia were closed. Later, November 17 was marked as the International Students Day to remember these events.

50 years later, on November 17, 1989 as part of remembering International Students Day, students in Prague marched in the streets to protest against the Soviet led communist totalitarian regime. The violent crackdown of the gathering by law enforcement on protesters triggered the events that led to the fall of the communist regime in the Czechoslovak Socialist Republic (ČSSR), also known as the Gentle or Velvet Revolution. The Slovak public commemorates November 17 as the Day of the Struggle for Freedom and Democracy. Since 2001, this day has been a national holiday and bank holiday.