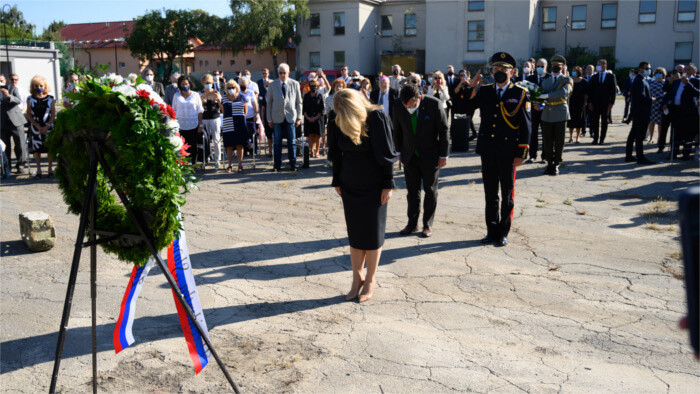 President Zuzana Caputova commemorated the victims of the Holocaust by laying a wreath in the Holocaust Museum in Sered, southern Slovakia, on Thursday. Along with some Government ministers and other guests, the President attended the commemorative event held on the site of the former labour and death camp to mark the 80th anniversary of the passing of the Jewish Codex by the WW2 Slovak state in 1941, which was one of the harshest anti-Jewish legislations in Europe. On behalf of the Government, Prime Minister Eduard Heger (OLaNO) voiced deep regret over the Jewish Codex during a commemorative event for Holocaust victims held in Bratislava on Thursday. He asked the Holocaust survivors and members of the Jewish community in Slovakia for forgiveness. At a commemorative event held in Bratislava, House Chair Boris Kollar (We Are Family) condemned Holocaust deniers who have embraced the issue as their political programme.