On Sunday, 26 May, we learnt the name of the new world champions in ice hockey. The Finns or Suomi won the tournament hosted by Slovakia after a well-deserved team effort. In this special feature, we bring you reactions from the players as well as from the delighted fans. 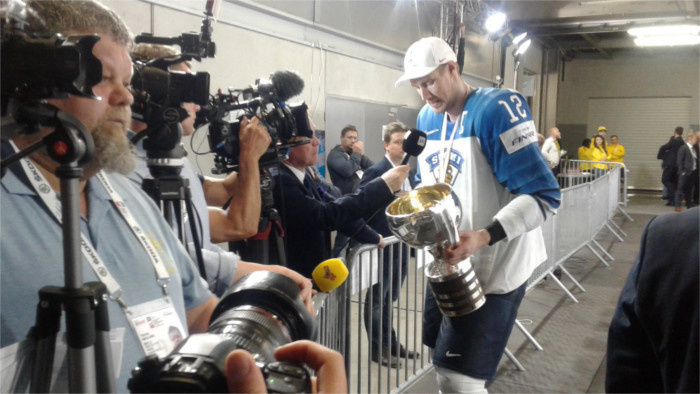 Finnish captain Marko Anttila shares his delight with the whole world and generously stops and speaks to every reporter in the mixed zone after the gold medal game. Or the cup is just heavy...