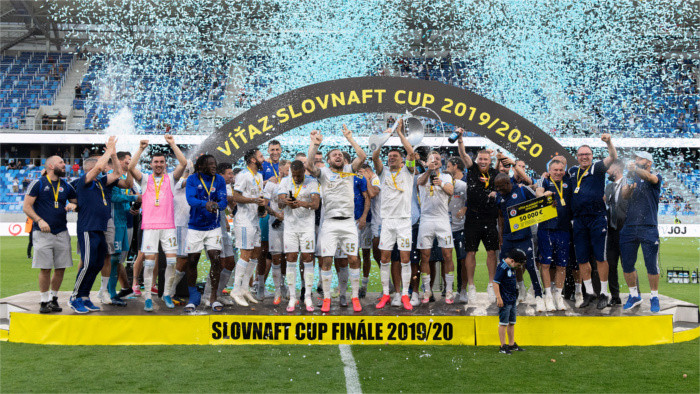 Slovan Bratislava football team became the winners of the 51st year of the Slovak Cup 2019/2020. In Wednesday's final against MFK Ružomberok, which took place at the National Football Stadium in Bratislava, the team lead by Ján Kozák Jr. defeated their rivals 1:0 and thus won the prestigious double league as well as the cup victory. The Wednesday victory of Slovan was decided by a successful penalty by the Slovenian striker Alen Ožbolt in the 48th minute. Slovan Bratislava won the Slovak Cup for the record-breaking 16th time and due to this victory, in the upcoming days the Slovak teams will have to play a qualification for the UEFA Europa League.