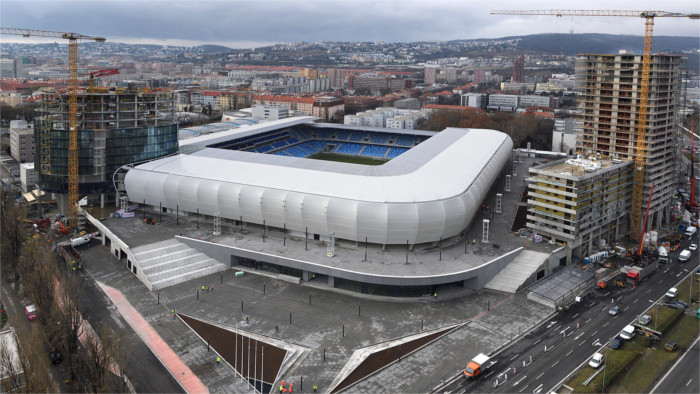 The state will not buy the recently built National Football Stadium in Bratislava from the investor and businessman Ivan Kmotrík. Deputy Prime Minister for Legislation Štefan Holý announced this decision after a Government meeting on Wednesday. The stadium is already in operation, hosting the home matches of Slovan Bratislava as well as the matches of the national team. A legal analysis by 15 lawyers, working on behalf of the Government, has found out that the original contracts from 2013 and 2016 that would have paved the way for the purchase are invalid. Based on these findings, Štefan Holý recommends that the Government instead files criminal complaints concerning various crimes.

The state originally, in 2016, set the maximum purchase price for the non-commercial part of the stadium at €75.2 million. A later decision by the government of Peter Pellegrini in early 2020 increased the cost for the state by almost €17 million. The state has already paid the company of Ivan Kmotrík a subsidy of €27.2 million.

According to Prime Minister Igor Matovič, the key figures responsible for this situation include former education ministers for the Slovak National Party, former Government Office director, and former prime ministers Peter Pellegrini and his predecessor Robert Fico. "The issue of the National Football Stadium is the responsibility of the current Government", said former prime minister Peter Pellegrini, now an Independent MP, on Wednesday in reaction to the Government's decision not to buy the stadium from businessman Ivan Kmotrík.

In his reaction for RTVS, Ivan Kmotrík said that he is glad that the stadium is already standing. "There is nothing one can do about it. No one will take the stadium away, it will stand here for another hundred years," stated Kmotrík adding that he has not yet offered to sell the stadium to the state.