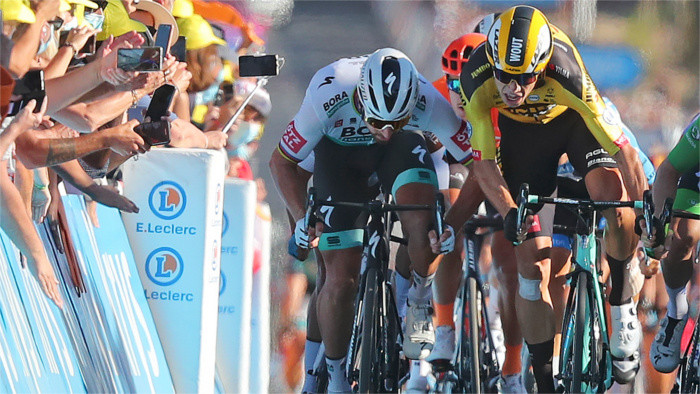 What initially looked like his best result on this year's Tour, ended as a big drawback in the fight for the eighth green jersey. Slovak cyclist Peter Sagan was relegated after barging Wout van Aert in Poitiers, at the mass sprint finish of stage 11. UCI commissaries relegated Sagan riding for Bora-Hansgrohe to the rear of the peloton after a dangerous move in the sprint. Sagan was moving up alongside the barrier when he used his shoulder to move the Belgian out of the way and make space for a run to the line. The three-time world champion said that his move was simply a result of avoiding the barriers. "This cost me a lot of points but I still have not abandoned the fight for the green jersey," stated Sagan after the race.