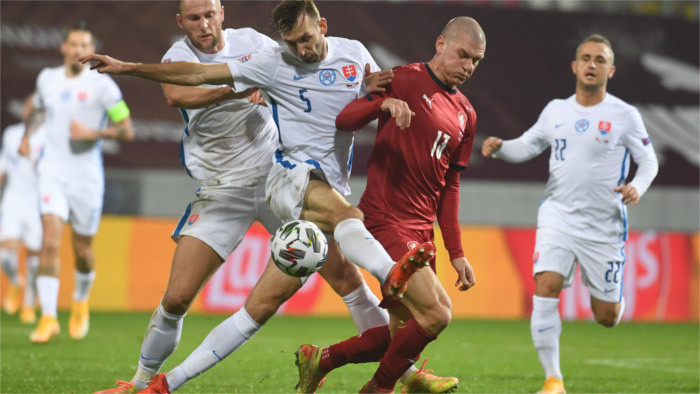 Slovakia's national football team lost 0:2 away to the Czech Republic in the UEFA Nations League Group 2 League B match played in Pilsen on Wednesday (November 18). This result means that the Slovak team will be relegated to the competition's League C. Slovakia ended up at the bottom of Group 2 behind the Czech Republic, Scotland and Israel. The Czechs won the group with a total of 12 points and were promoted to League A. Slovakia had only four points in the group. The Czechs have beaten the Slovaks in a neighbour's derby for the fourth time in a row now, and this was already Slovakia's ninth defeat in the 14 matches played since the country became independent. The match with the Czech Republic was the last one played by Slovakia's national team this year. Next spring, it will compete in the qualifiers for the FIFA World Cup in Qatar 2022.