After months of speculation and analysis, top hockey prospects for the prestigious National Hockey League gathered on 7th July in Montréal, Canada for the 2022 NHL entry draft. “Slovak night in Montreal”, that is how some sport commentators have labelled the first night of the draft. Three picks in the first round, six altogether for Slovakia, moreover Juraj Slafkovský selected as number one and Šimon Nemec selected as number two overall. This was the first time since 2004 that two players from a European country were selected as number one and two. Last time those draft pics were Alexander Ovečkin and Yevgeniy Malkin. In 2022, it’s Juraj Slafkovský and Šimon Nemec.

In the following minutes, we will talk with hockey writers, analysts and bring you the excitement from the Slovak night in Montréal. 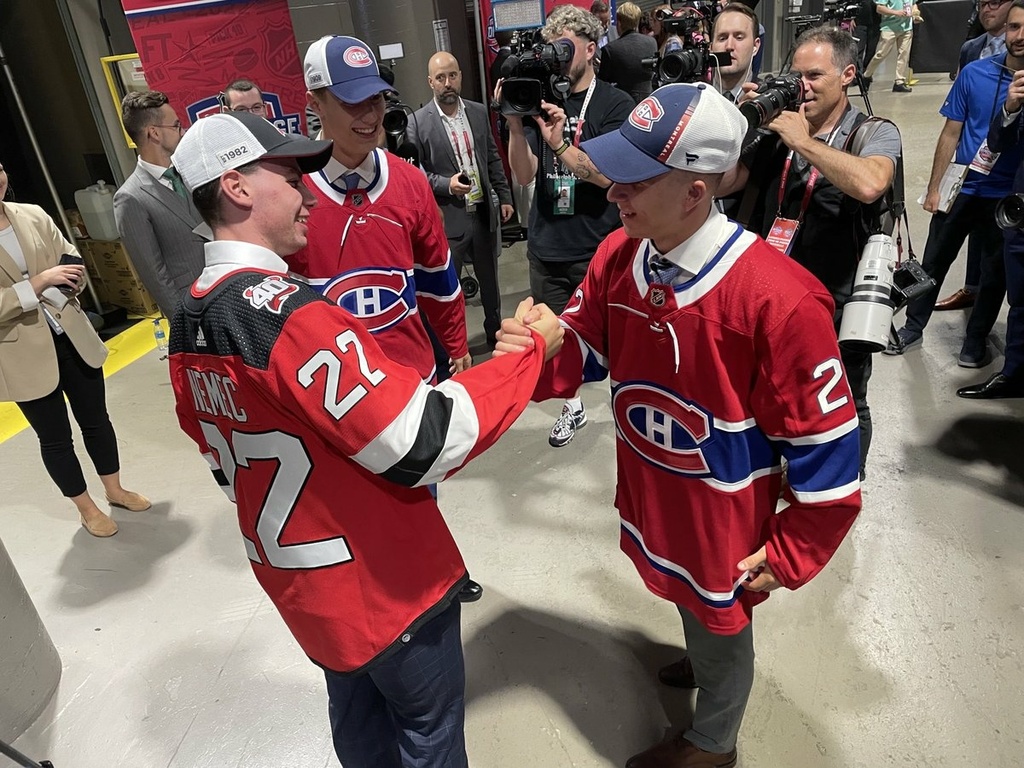 The good nature and friendship of the three Slovaks drafted in the first round was visible also to the US and Canadian reporters. Slafkovský, Nemec and Mešár have known each other, played together and were friends, for years. (Photo courtesy: Twitter @ArponBasu)